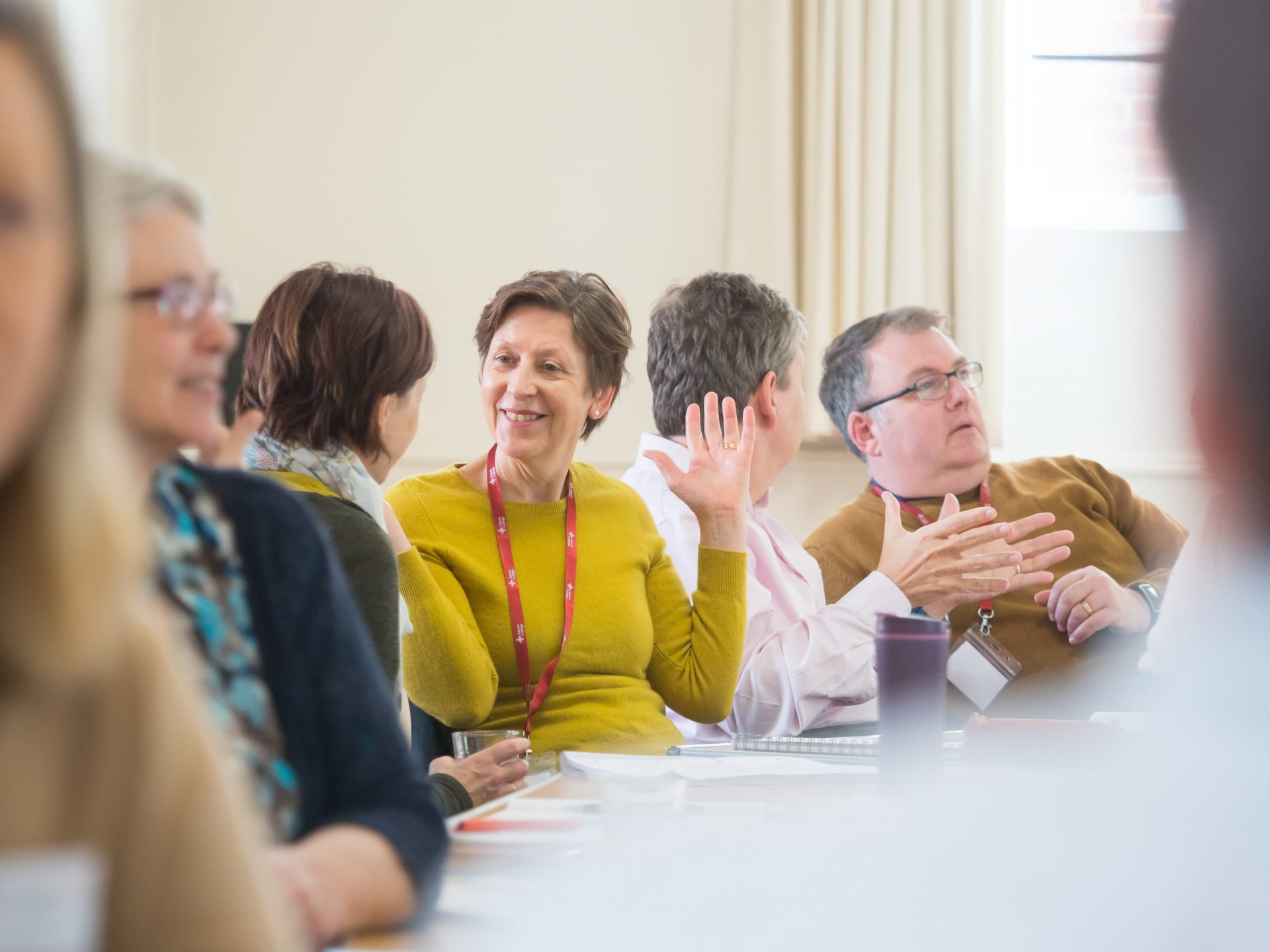 Learning to Nourish the Human Spirit

Sarum College is a centre for study and research where our passion is learning that nourishes the human spirit. The Sarum community offers welcoming space and time for all those who aspire to grow in wisdom and courage.

We believe everyone needs a sanctuary where they can experience religious and theological exploration in an inclusive environment, where people are valued and heard.

For us, the questions are as important as are answers.

Through excellent teaching, unpretentious hospitality, great food, and a break from the outside world, we seek to transform lives and reignite hope in the Kingdom of God.

We believe life experience matters, it shapes us. We believe a tailored approach to learning helps our students to find wisdom through theological exploration and attracts interesting people who want to develop as thinkers and leaders.

We believe in nourishing the body, mind and soul. We all need to escape from the worries of everyday life from time to time.

Sarum is blessed with one of the most beautiful locations in the country, underpinned by a warm welcome, generous hospitality and great food.

This environment and our supportive community of learning allows time for reflection and contemplation.

Learning programmes and facilities open to all

Sarum is based in historic grade 1-listed buildings in Salisbury’s Cathedral Close where theological education goes back more than 160 years.

The College’s wonderful residential facilities are open to all for learning, personal and organisational development, rest and leisure.

Choose your own learning journey from a variety of course formats, including evening lectures, day and residential courses – all at varying levels, from academic to experiential, intensive to leisurely. 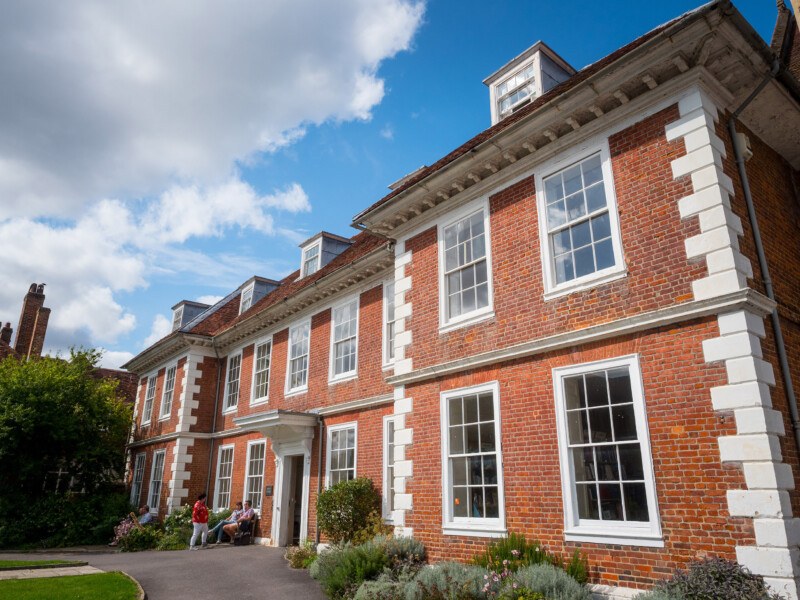 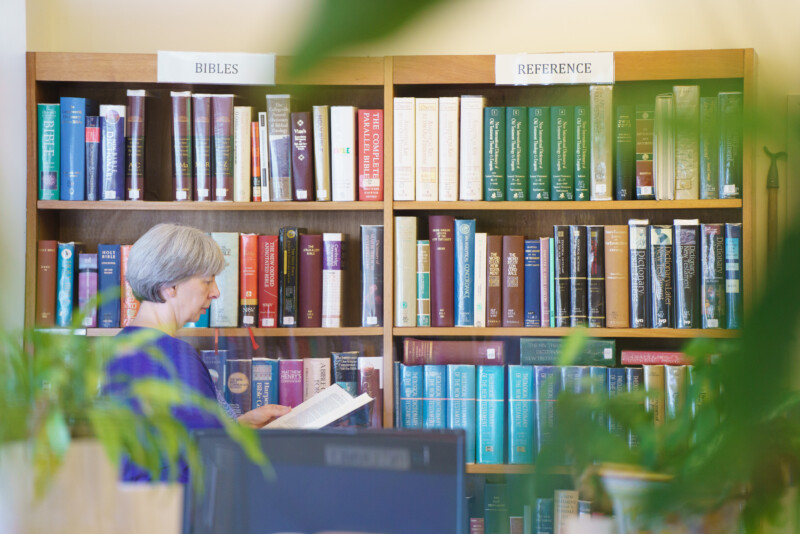 Sarum is the perfect place to take time to unwind, be quiet and pray, sleep or walk, enjoy Salisbury, the Cathedral and its Close.

Sarum’s learning and residential facilities are open to the public, whether you’re studying on one of our courses, staying the night as a bed and breakfast guest, organising a conference, hiring one of our meeting rooms or just popping into the library. 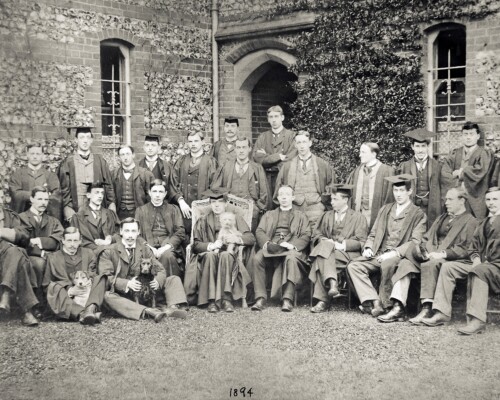 From the early Middle Ages, Salisbury was an important centre for theological training, its great cathedral and Close attracting students and scholars from the whole of Europe.

The history of theological study begins with St Osmund and the completion of the first cathedral at Old Sarum in 1092. After Old Sarum was abandoned in favour of New Sarum (or Salisbury, as it came to be known) and the new cathedral was built in the 1220s, several colleges were established as well as a medieval school of theology here on the site of 19 The Close.

The oldest part of Sarum College is the main building at the front of the site which was built in 1677. Attributed to Sir Christopher Wren, it was built for Francis Hill, a distinguished London lawyer and Deputy Recorder for Salisbury. He chose a particularly striking site, at the north end of Bishop’s Walk, facing directly down to the Bishop’s Palace, now the Cathedral School.

The establishment of the theological college in 1860 began with a gift. Walter Kerr Hamilton, Bishop of Salisbury used an anonymous donation to buy the house (then no. 87) from Miss Charlotte Wyndham – and the first students arrived in January 1861.

In the 1870s William Butterfield, foremost church architect of his day, and best-known for Keble College, Oxford, was commissioned to add a residential wing to provide accommodation for students, and then, in 1881, a chapel and library. In 1937 further extensions designed by William Randall Blacking were added, study bedrooms for students and a meeting room that is now the Common Room.

Eight students of Salisbury Theological College were killed in WWl. A memorial in Butterfield Chapel records their names.

During WWll the College was taken over by the women of the Auxiliary Territorial Service, the women’s branch of the British Army.

The creepers which covered the front of the building were said to have been hastily removed ahead of a visit by the Queen as she did not like them.

In October 1971 the two theological colleges in Salisbury and Wells merged and became Salisbury & Wells Theological College.The additional students required more space, and two further extensions were built: a three storey block of flats and study bedrooms at the eastern end of the Butterfield building (the East Wing), and a new chapel (now the Royal School of Church Music’s administrative centre), refectory and library were added.

In 1994 Salisbury & Wells College closed, and the following year Sarum College was established to provide ecumenical theological education for all.

In 2006, the new link building joining the 1677 and 1877 buildings and incorporating lift access won the 2006 Salisbury Civic Society’s Conservation award. In early 2007 the five guest rooms in the Wren building were transformed from servants’ attic quarters to en-suite bedrooms with wonderful views across the Close to the cathedral. In 2008, two of the four meeting rooms in the Wren building were refurbished.

The college dining room was refurbished in 2011, and in 2013 the Victorian wings with residential accommodation were renovated, bringing the total number of en-suite bedrooms to forty. In 2015, the College library was given a comprehensive make-over thanks to a legacy from a keen library member, the late Heather Mathews. The Common Room was refurbished in early 2016 thanks to funding from The Mercers’ Company.

In 2022 the College is undergoing repairs and renovations to the Wren building and the building exterior. 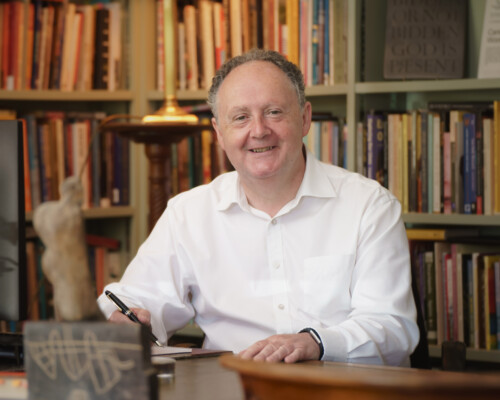 Sarum College is an independent charity.

Hospitality is an important part of Sarum’s life and purpose. The College has a trading subsidiary for hospitality revenue and gratefully accepts grants, donations and legacies. These funds help us to offer theological education more widely.

The full accounts can be found on the Charity Commission website and the financial review is on page 8 of that document.

The Trustees are responsible for overseeing Sarum’s management and administration. Their responsibilities include:

The Board of Trustees have three appointed committees. These are the Finance and General Purposes Committee, The Board of Studies and the Nominations and Remuneration Committee.

In a time when formal religion seems to struggle to connect with people — Sarum, in its message and its methods, offers a special place and a series of imaginative communities for nourishing the soul, growing wholeness, and giving confidence for a richer future. The way of Christ being opened through joining in the seeking and sharing of a Spirit of grace and goodness. Sowing seeds of new hope amidst individual anxiety and institutional insecurity. 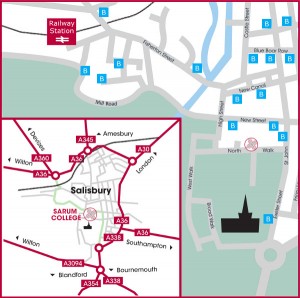 Situated in Central Southern England, Salisbury is about 75 miles from Heathrow Airport and 90 miles southwest of London in the historic county of Wiltshire.

Sarum College is in the centre of Salisbury, about 15 minutes on foot from the rail station. Guests are welcome to use the bike shed at the rear of the college. Taxis from the station to College cost about £5 or £6.

Public transport links to Salisbury are excellent with frequent train services to and from Salisbury. There are direct trains to London, Southampton, Portsmouth, Bath, Bristol, Cardiff and Exeter.

The city also has an extensive bus network with five park & ride sites located at all the main routes into Salisbury. More details about Salisbury Park & Ride can be found on the Salisbury Reds website.

Car parking at Sarum College is very limited and is available on a first-come first-served basis. We have one space reserved for disabled parking. Alternatively there is a small car park within the Cathedral Close (£7), along with others in the city centre. View Wiltshire Council list

If you do come by car The High Street entrance is the only way to drive into the Close. Beware – satellite navigation systems sometimes suggest St. Ann’s gate, which offers pedestrian-only access. Best to use SP1 2PF for the High Street Post Office to be directed to the High Street Gate. From there a parking attendant will check your destination. Turn left on North Walk; Sarum College is about 100 metres on the left.

From St Paul’s Roundabout
Leave the roundabout at the exit after St Paul’s Church signposted for the railway station. Go under the railway bridge and turn sharp right at the mini-roundabout towards the station. Turn left at the next mini-roundabout at the station entrance. Follow Mill Road, Crane Bridge Road and Crane Street to the High Street traffic lights. Turn right into High Street and once inside The Close turn left into North Walk. Sarum College is on your left opposite Bishop’s Walk.

From St Mark’s Roundabout
From the left lane of London Road (A30), exit to the A36 going South (past Bourne Avenue and Wain-a-Long Road). Move to the right lane before you arrive at the College roundabout and go straight (second exit, A36 to Southampton is the first exit) until you arrive at the New Bridge Roundabout.

From New Bridge Road Roundabout
Take the City exit from the roundabout and follow Exeter Street into St John Street, keeping in the left-hand lane. Opposite the White Hart Hotel, turn left at the traffic lights into New Street. Turn left at the High Street traffic lights into the Close, then turn left into North Walk. Sarum College is on your left opposite Bishop’s Walk. 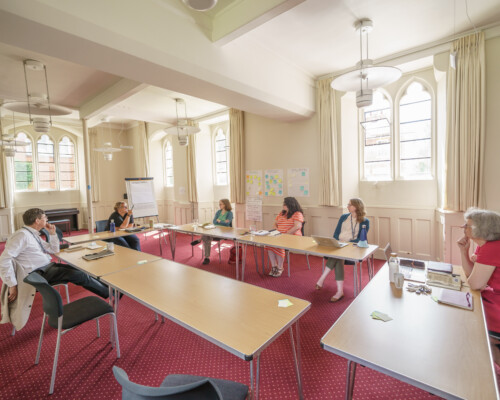 The College enjoys a beautiful location in Salisbury Cathedral Close and draws on its own long and continuous tradition of prayer, worship and study since the foundation of Salisbury Theological College in 1860.

People come to Sarum for a variety of reasons: to retreat and take a break from ministry; to read, pray and think; to engage in serious postgraduate study; to train for ordination or lay ministry; to attend day programmes or explore spiritual direction; to stay for B&B, conferences, or to visit art exhibitions.

The College is committed to the fair treatment of staff, students and guests regardless of race, gender, religion, sexual orientation, responsibilities for dependants, age, physical/mental disability or offending background.

Sarum College is recruiting for the following roles: