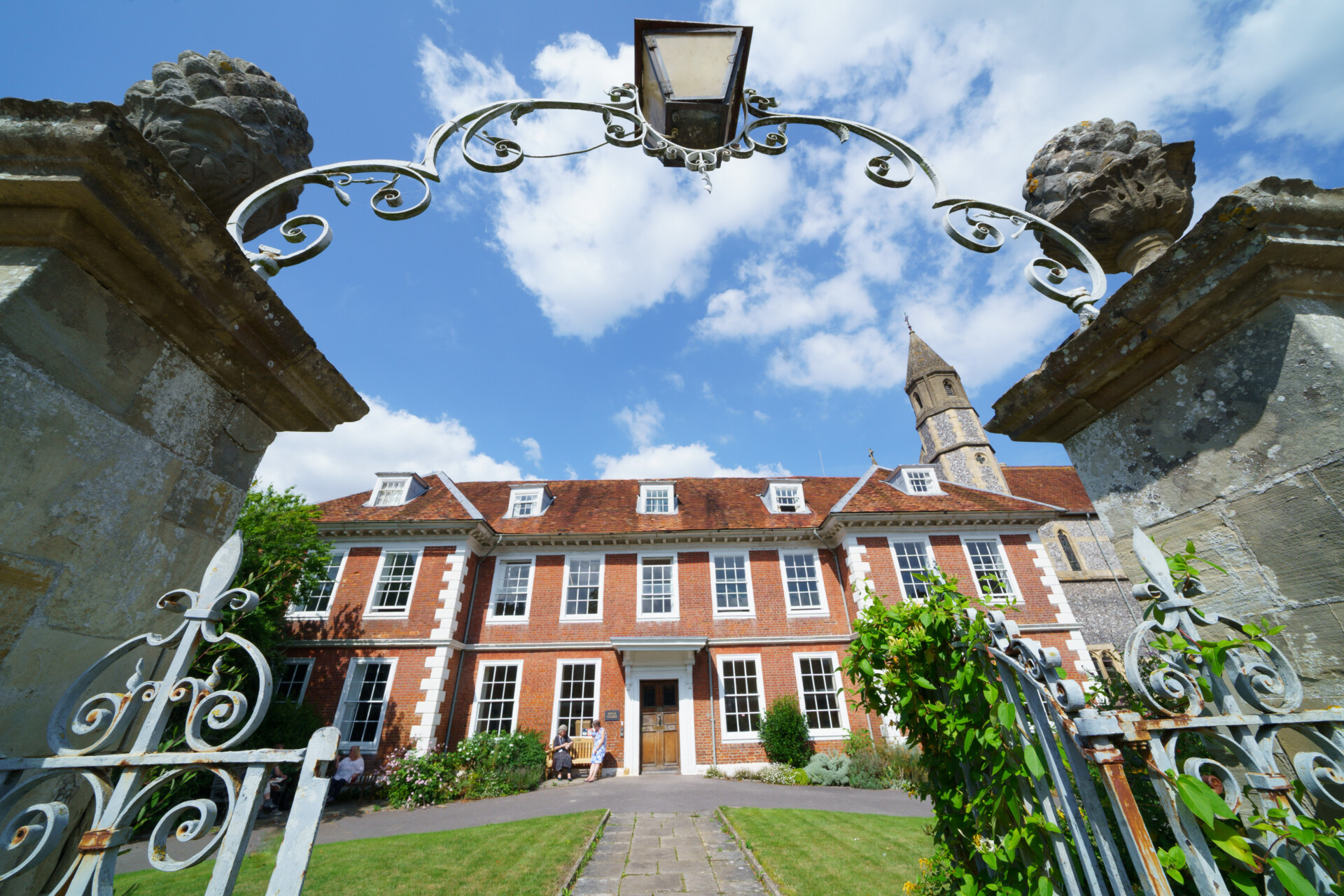 Home About Us Governance

Sarum College is registered as a charitable company limited by guarantee and was set up by a Memorandum of Association on 25 March 2015.

The Sarum College Board of Trustees are ultimately responsible for the management and administration of the College. Their responsibilities include

In accordance with best practice guidance for charities to publish Board of Trustee minutes to promote transparency, in 2022, Sarum College Trustees agreed to publish the minutes from the Open Business part of their meetings once they have been approved.

Follow the links below to view the Minutes from 23 March 2022 onwards.

The Principal, working with the College Leadership Team, is responsible for Sarum’s day-to-day management.

There are four Sarum College Board of Trustee subcommittees:

The Bishop of Salisbury

The Bishop of Bath & Wells

In April 2022 Downing Street announced that the Rt Revd Michael Beasley was to become the 80th Bishop of Bath and Wells. Bishop Michael will formally take up his role in the autumn when he will be installed in a service at Wells Cathedral on Saturday, 12 November at 15:00.

The Rt Revd Dr Alastair Redfern is Chair of the Clewer Initiative (the Church of England response to modern slavery), a founder and trustee of the Global Sustainability Network, a trustee of the Amar foundation. He is Chair of the Advisory Panel of the Independent Anti Slavery Commissioner and a member of the Advisory Panel of the AHRC Policy and Evidence Centre. He also serves as Assistant Bishop in the Dioceses of Salisbury and Bath and Wells.

The Revd Andrew de Ville is currently Chair of the Southampton District of the Methodist Church which covers all of Hampshire and the Isle of Wight, extends to Dorset, Somerset and Wiltshire in the West and up into Berkshire and south Oxfordshire. The role of the Chair is to provide leadership within the District and, as a member of the Connexional Leaders’ Forum, across the whole Methodist connexion. He has been a minister for 20 years and prior to this was in business for a similar period. This has enabled him to develop administrative and management skills, which along with pastoral and supervisory gifts, enables him to support people and communities embrace change as they respond to God’s call in their life.

The Ven Dr Sue Groom was collated the Archdeacon of Wilts in the Diocese of Salisbury in 2016. She holds the portfolio for safeguarding on the Bishop’s staff and she is a member of the Chapter of Salisbury Cathedral. She is also a BAP advisor. Prior to her current position, Sue spent seven years as the Diocesan Director of Ordinands and a parish priest in rural Bedfordshire in the Diocese of St Albans. She began ordained ministry in 1996 in the Diocese of London where she held various parochial and theological education responsibilities in the Willesden and Kensington Episcopal Areas. Over the years she has been on the governing bodies of three other regional training courses. Sue is a perpetual student and has a range of academic qualifications which support her passions for preaching, theological education, and enabling and developing people’s ministries. Her doctorate awarded by the University of Durham in 2016 was entitled ‘Formation for Ordained Ministry in the Church of England.’ When she is not studying, Sue loves swimming. She and her husband spent the first twelve years of married life aboard their narrowboat which is now being prepared for their retirement in due course.

The Very Revd Simon Jarratt studied natural sciences at Cambridge university, specialising in the history and philosophy of science. After graduating he worked for four years as a computer programmer for British Rail in Crewe. It was there that he felt a deeper sense of the reality of God’s presence in prayer and where he was baptised and confirmed as an adult.

In 1988 he joined the Anglican Benedictine community of Elmore Abbey, Speen, Newbury. As a junior monk he studied theology and religious studies at Leeds University whilst living with the Community of the Resurrection at Mirfield. He made his life profession at Elmore in 1994 and worked as Librarian and amongst other duties for a time was in charge of the incense making department. He was elected Conventual Prior of the community in 2005 and in 2010 oversaw the move to St Benedict’s Priory, Salisbury, which is located in the former Principal’s house of Sarum College. He was elected a Trustee of Sarum College in 2018.

Mr Tim Mynott has been a Trustee of Sarum College since July 2019, assisting with finance management. Having attended Eastboune College, Tim took articles as a trainee chartered accountant in the City, qualifying in 1980. Post qualification experience was gained with KPMG in Johannesburg and London before moving to West Sussex as finance director of a systems software house. Additional experience in large companies followed, with a move to Salisbury in 1993 as finance director of the Hendy Group, a substantial vehicle dealership operation. In 2002 Tim set up his own company acting as part-time Finance Director for small and medium companies, specializing in business plans and acquiring/selling companies for clients, and was recently Head of Finance for The Trussell Trust. Tim is also a trustee of NFS Mediation, a charity based in Southampton, as well as Hon. Treasurer for several other not-for-profit organisations. Two of Tim’s three children were choristers, and he has been a steward at Salisbury Cathedral since 2001. When not with his family, or working, Tim is an active sportsman – cricket, tennis and golf – being fortunate to represent England Over 60s during their successful cricket tour to Australia in 2016.

Sir Marcus O’Lone is a retired Chartered Surveyor having spent most of his career managing large landed Estates initially for the Marquess of Salisbury on the Hatfield and Cranborne Estates, then for the Crown Estate at Windsor Great Park and finally for over twenty years for Her Majesty the Queen looking after the Sandringham Estate. He has had a wide experience of residential, commercial and rural property including being responsible for hospitality businesses and retail activities. As a trustee he is helping the Director of Finance & Facilities with the repair and maintenance of Sarum College.

Mrs Emma Osborne has worked in finance for over 30 years, mainly in investment management, including latterly as Chief Investment Officer for the Chubb Corporation’s international assets, and has also had experience in risk management for Credit Suisse’s banking operations.

She is currently a member of the Church of England’s Pensions Board and on its Investment Committee and was previously a Church Commissioner. She is a Lay Canon of Salisbury Cathedral and a member of the Cathedral’s Finance Advisory Group. She is on the board of VisionFund International, a US-domiciled Christian microfinance charity, and chairman of its Audit and Risk Committee. She has a BA/MA from Oxford University in Mathematics and Philosophy.

Mrs Clare Sellars is a practising solicitor with over 20 years’ experience of working in a number of national and international law firms. She specialises in data protection and privacy, intellectual property, IT and general commercial law. Clare currently works as Counsel in the Data, Privacy & Cybersecurity team of the London office of a Boston based U.S. law firm for clients based in a variety of industry sectors, including the technology, financial services, healthcare and life sciences sectors. Clare also has experience in the automotive, hospitality and leisure and music sectors. Clare was first appointed as a trustee of Sarum College in 2015. Prior to her appointment as a trustee Clare was a member of the Sarum College Development Support Group for a number of years. Clare is also a member of Lincoln Cathedral Council.

Prof David Sims is emeritus professor of organizational behaviour at City, University of London, where he was Associate Dean and Head of the Faculty of Management. Much of his research was on the place of stories in working life, some of which was applied to churches in Roberts, Vaughan S and Sims, David (2017) Leading by story: rethinking church leadership. London: SCM. His interests are in the relationship between leadership, identity, and the narrative processes of life. Working life is illuminated by seeing it in narrative terms, and by thinking about the choices that people make about the stories they tell and inhabit. He is also interested in the way in which people create narratives to justify their actions and actions to justify their narratives. His main role in the Sarum Trustees has been chair the Board of Studies. He is a governor of Dyson Perrins Church of England Academy, a churchwarden was former chair of the Modem Christian leadership network.