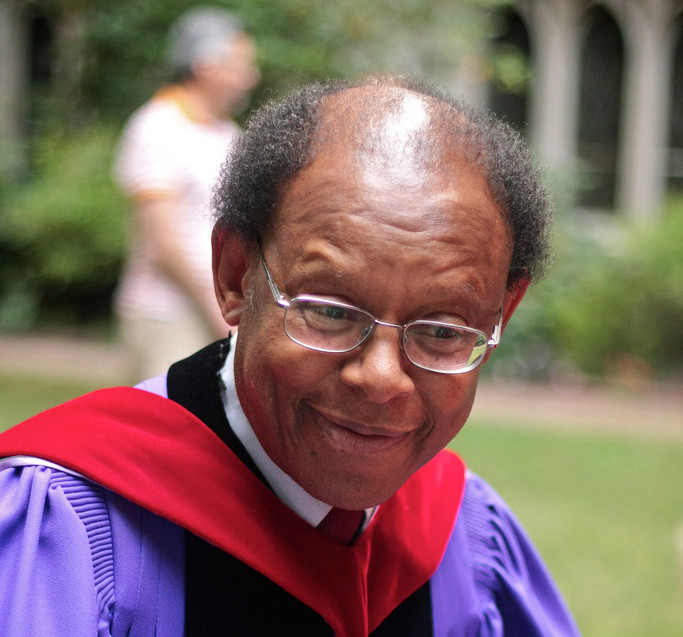 As we celebrate Black History month, I am delighted to write a few words about one of my all time heroes, namely, Professor James Hal Cone.

I remember Friday 1st June 2018 like it was yesterday. It was in a fairly forlorn mood at the time for a variety reasons that need not detain us at this juncture, but my mood was changed dramatically, when I received an email from Wesley House, Cambridge, where I am a College Fellow. The email stated that I had a letter from the publishers Maryknoll, in the US that had arrived in the college. Giving the college administrators permission to open the letter, scan it and then email its contents to me, I was emotionally overwhelmed to receive news from Maryknoll that I was being requested to endorse James Cone’s posthumous final book, I Said I Wasn’t Gonna to Tell Nobody.

Cone was a fearless speaker of the truth. His desire to challenge the hypocrisy of White Christianity and its penchant for worshipping White privilege rather than following a colonised and oppressed Jewish man called Jesus, was relentless and undimmed, even in old age.

The fact that this request had come directly from James Cone himself in the final months as he orchestrated the final publication of his long and illustrious career, knowing that he would not live to see this book in print, was emotionally, too much for me to hold in. I burst into tears and cried like a baby. To be asked by the great James Cone, via his publisher, to endorse his final book was a rare and special honour. The fact that amongst the thousands of fans and colleagues whom James Cone could have asked, I was one of the blessed chosen few (approximately 14 people have written endorsements present in the final publication) was a startling realisation. I cried for several minutes at the enormity of the privilege given me.

In readiness to write my endorsement I was sent an advance copy of the final proofs of the book. As I read the book on train journeys across the country, I found it difficult to keep my emotions in check as I read of the hinterland and the ‘back story’ to the life of a searing prophet and a theological legend in the making. Make no mistake, there has never been a theologian the likes of James Hal Cone and the book I am writing is one that I hope will do justice to the genius that was a unique theological voice and vision that exerted a profound influence on the second half of the 20th century and into the first part of the 21st.

As we speak, I am writing an introduction to James Cone for SCM press. To say that this is a labour of love would be a gross understatement. In writing this book (which should be out next summer), I am reminding myself of the person who singlehandedly made me fall in love with the idea of Black theology and made me want to become a theologian. Cone was a fearless speaker of the truth. His desire to challenge the hypocrisy of White Christianity and its penchant for worshipping White privilege rather than following a colonised and oppressed Jewish man called Jesus, was relentless and undimmed, even in old age. I am honoured to be one of his intellectual descendants.

James Cone is my hero for Black History month!

Professor Anthony G. Reddie, a visiting scholar at Sarum College, is the Director of the Oxford Centre for Religion and Culture in Regent’s Park College, in the University of Oxford. He is also an Extraordinary Professor of Theological Ethics and a Research Fellow with the University of South Africa. He is a recipient of the Archbishop of Canterbury’s 2020 Lambeth, Lanfranc Award for Education and Scholarship, given for ‘exceptional and sustained contribution to Black Theology in Britain and Beyond’.