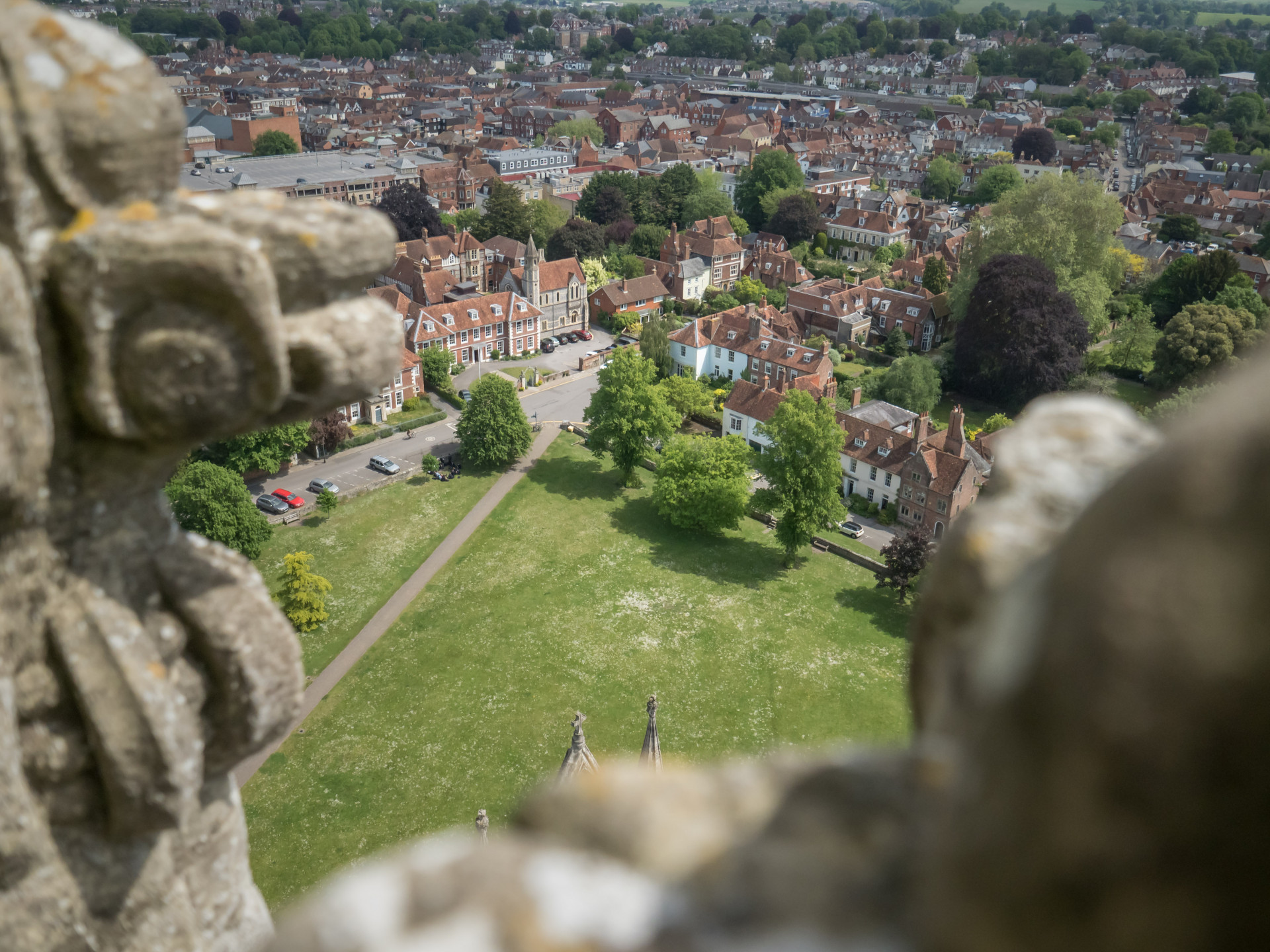 Scope:
This code of conduct applies to all students studying at Sarum College. It applies when students are engaged in activities relating to their studies at Sarum College (including field trips or placements) and where their activities are unrelated to Sarum but involve other students, staff, or trustees of the College or where their actions may cause harm or bring the College into disrepute.

We recognise this code of conduct cannot be exhaustive, but sets out principles to which students studying at Sarum are expected to abide.

Misconduct, under this policy, is improper conduct or improper interference with the proper functioning activities of the College, or those who work or study in the College and its trustees. It also includes conduct which damages the reputation of the College and a failure to observe all College rules and regulations.

Misconduct includes, but is not limited to:
a) Bullying, harassment or discrimination against another person, including the use of discriminatory language;
b) Physical, written, or verbal abuse or intimidation against another person including communications via social media;
c) Sexual harassment, violence, or abuse;
d) Actions which bring or threaten to bring the College into disrepute;
e) Damage to or theft of property from the College or members of staff or students;
f) Fraud or impersonation
g) Improper disruption of or interference with academic, administrative, social or other legitimate activities of the College;
h) Misuse of alcohol, drugs, and legal highs;
i) Vexatious, reckless, or malicious allegations against other students, staff, or members of the public;
j) Any action likely to cause injury to any person or impairing the safety of the College’s premises;
k) Criminal or other activities committed on or off College premises which are likely to be detrimental to the College or any of its members;
l) Unacceptable behaviour or actions as set out in other regulations, policies, or procedures of the College.

Sarum College aims to promote and facilitate good student conduct through education, support, and positive encouragement. Alleged failure of students to comply with the expected standards of conduct may result in the College taking action under relevant disciplinary procedures outlined below or by the validating institution and/or such other procedures as it considers reasonable and appropriate.

The Sarum College Code of Conduct

1. All students are expected to behave with honesty and integrity. Examples that would be considered to fail to comply with this might include:
• Acting unethically (e.g. not seeking ethical approval for certain research or repeated plagiarism or using another’s work as one’s own).
• A failure to provide accurate and current information (e.g. not declaring criminal convictions previous to or obtained during study; not reporting non-attendance and providing reasons.)
• Disclosing any private or sensitive information shared in the classroom or learning groups without the sharer’s explicit consent, or using such information for one’s own advantage at another’s expense.
• Theft or wilful damage to the property of others or the fabric and environment of the campus.

2. All students are expected to behave with respect and courtesy toward others.
Examples that would be considered to fail to comply with this might include:
• Disrespectful or discourteous behaviour to others, demeaning others’ views, appearance, or choices, undermining the efforts of other students or staff.
• Sharing any personal stories offered within the classroom setting with others outside of the classroom without explicit permission.

The College has a zero tolerance approach to hate speech, violence and harassment in all its forms.

3. All students are expected to take personal responsibility for their actions and behaviour.

Examples that would be considered to fail to comply with this might include:
• Not taking responsibility for one’s own learning, not employing reasonable diligence in conducting work according to guidance and study hours.
• Engaging in actions or speech with an intent to harm or that brings Sarum College into disrepute, whether on the campus or in social media or in other public spaces.
• Ignoring feedback from tutors or supervisors or failing to seek advice where needed.
• Ignoring or disregarding the rules, regulations or processes required by Sarum College or by partner bodies (e.g. a placement host or a link church).
• Using pseudonyms or anonymity to express views that are offensive.

4. All students are expected to contribute to a safe and hospitable environment.

Examples that would be considered to fail to comply with this might include:
• Acting in a way that jeopardises the health or safety of others.
• Failing to report unethical or unsafe behaviours in others in accordance with the Sarum College Safeguarding Policy.
• Taking advantage of others (e.g. putting pressure on others to lend money or give support, making excessive demands on others to give assistance in studies or tasks).

Sarum College staff will assist you in meeting these expectations by:
• Having clear procedures in place for reporting concerns or problems and signposting these clearly in induction and handbooks.
• Having clear guidance available for specific expectations.
• Providing tutorial and chaplaincy support where you can seek advice and guidance.
• Facilitating programme meetings and opportunities for individual and group feedback in which issues of behaviour and conduct can be discussed.

Consequences of Failure to Comply

The College shall make every reasonable effort to conduct all levels of its disciplinary procedures fairly, consistently, transparently, and proportionately. Support and guidance shall be available to all students who are involved in the procedures from the programme leader, chaplain, and other staff as needed.

Failure to comply will lead to a process whereby the student will be referred to disciplinary procedures according to their respective validated programme as noted above. In the absence of that procedure and/or if a student is not enrolled in a validated programme, the following procedure will apply:

Level One normally involves intervention by faculty or professional services where an incident occurs which is relatively contained and minor. The aim is to address it quickly and close to the source. Sanctions may include:
a) Verbal or written warning(s)
b) Requirement for a formal apology
c) Reparation in respect of loss caused by the misconduct
d) Temporary restriction of access to Sarum College facilities (physical campus or online
resources)

Level Two shall be invoked when disciplinary action at Level One has failed to resolve the issue or when the behaviour is too serious to be handled at Level One. Level Two shall be managed by the Director of Academic Development and Principal and sanctions can be imposed, in addition to those available at Level One, including removal of access to a service or facilities provided by the College or its validating partner, for a given period of no longer than two weeks.

Level Three is for allegations of gross misconduct or when Level Two has failed to conclude the matter. A disciplinary hearing shall be convened. Sanctions that can be imposed in addition to those detailed above shall include suspension, exclusion, or termination of studies. In the case of exclusion or termination, re-entering a Sarum course will be prohibited until the matter is satisfactorily resolved for all parties concerned.

Student Appeal Against the Decision

Students may appeal in writing against the decision of the College. The grounds for appeal are that the College has failed to follow its own procedures as set out above, or that the decision was unreasonable and/or a disproportionate sanction was imposed.

A student who is dissatisfied with the College’s internal processes or its conduct has the right to submit an application to the OIA, an independent review body of which Sarum College is a member.

Their dissatisfaction will be reviewed independently from Sarum College by the OIA. See www.oiahe.org.uk and the Sarum College Student Complaint Policy for more details.