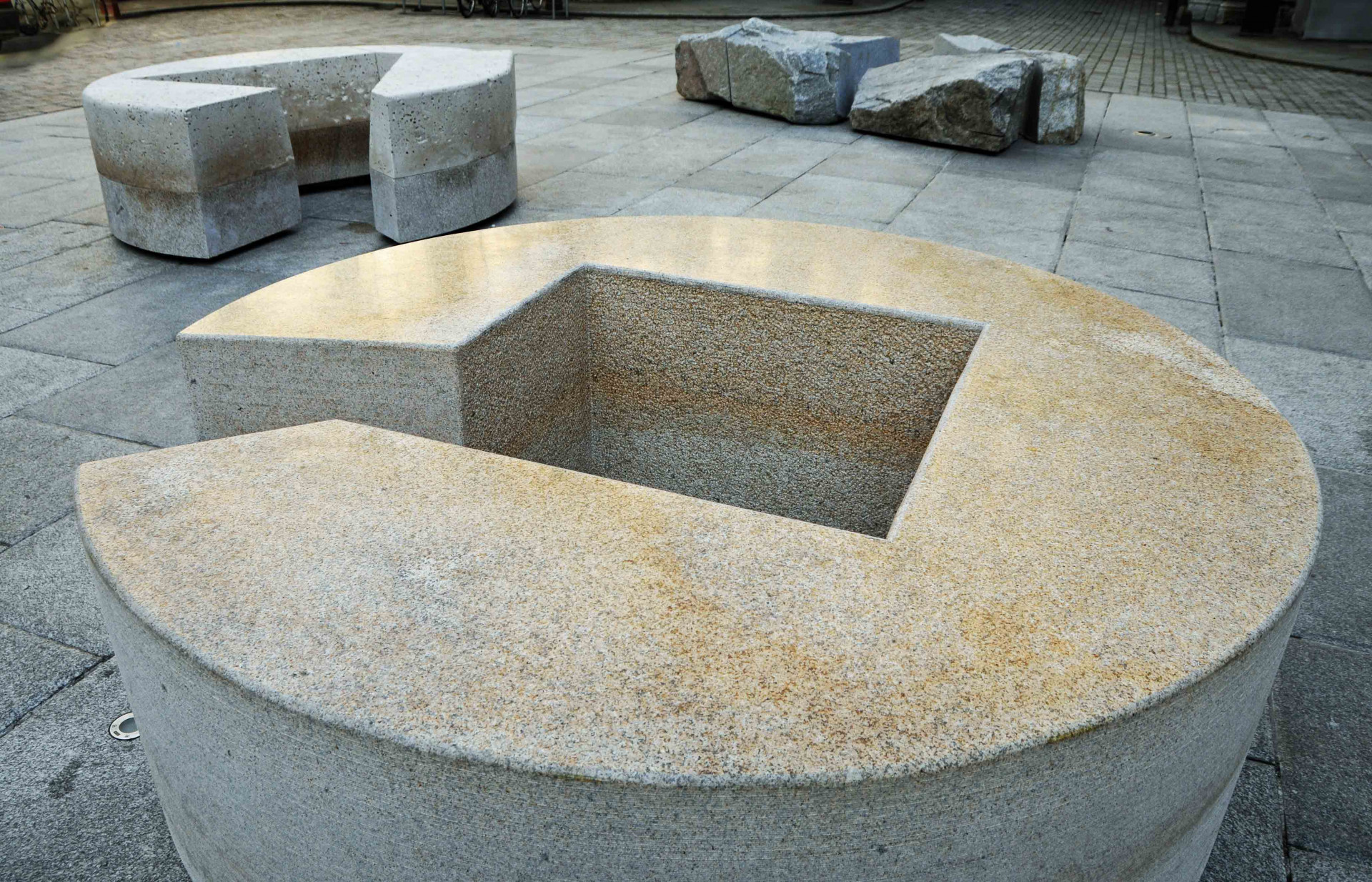 Free and open daily Monday to Saturday 9am to 5pm and Sunday 10am to 2pm until Wednesday 23 July.

In addition to John Maine’s work, Sarum College’s Common Room will house a selection of artwork by a group of residents from Morning Star Salisbury, a charity which provides support and rehabilitation services to those struggling with homelessness and addiction.

John Maine studied at the West of England College of Art before attending the Royal College of Art. He was awarded the first fellowship at the Yorkshire Sculpture Park in 1979 and subsequently worked in Carrara and attended the Hagi Symposium in Japan. Commissioned by the Government Art Collection, he spent a year in Australia carving a granite work. Returning to London, he worked in situ to carve ‘Arena’ on the South Bank outside the National Theatre, since when he has made numerous works in public, both in Britain and abroad. John Maine lives and works in Wiltshire.

These works at Sarum College extend ‘Sanctuary’ an exhibition of sculpture in the Close and within Salisbury Cathedral during spring and early summer 2014. Here, photographic prints and smaller sculptures by John Maine give an idea of the scope and range of his work relating to sites elsewhere, as well as showing diverse sources that have inspired him.

As of 1 June, the exhibition also includes drawings for sculpture that were previously being displayed in the Young Gallery.

Morning Star Salisbury was set up as a charity in July 2002 by Dave and Bev Kidley to reach some of the most needy people in the area. These works which are located in the Common Room, were created by a small group of residents from Morning Star Salisbury in workshops run by artist Susan Francis.

Read a review of the opening reception written by Martin Field for the Salisbury Journal.