Home News The Road Not Taken 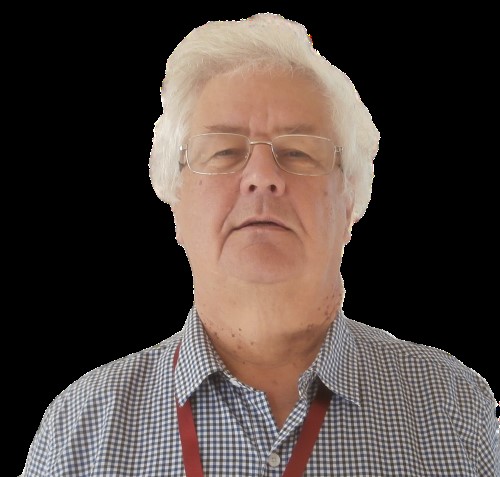 The Road not Taken, by Mike Truman

I started by auditing modules both from MATIC and its sister programme, MACS (MA in Christian Spirituality). As an auditor, I participated fully in the intensive residential study week for the module but with, as I thought, the great advantage that I did not have to write an essay. I soon realised my mistake – researching in depth for the essay was a vital part of getting the most out of the module. I started the MA in 2018.

I always knew my dissertation would examine why liberal Christianity had failed to thrive since the 1980s in what should have been a supportive cultural environment, but I was struggling to find a hook to hang it on. The breakthrough came when I heard a programme about Don Cupitt’s 1980s TV series Sea of Faith and discovered that there was an archive of the letters sent to him held by Gladstone’s Library in Hawarden. I had an exploratory trip there in summer 2019, and started to draft my proposal – The Road Not Taken: what was lost by the British church not pursuing the ideas in Sea of Faith, and could its vision still be worth exploring? The plan was to centre the dissertation on an analysis of the letters and to see if they resonated with the views of those who now report they are “spiritual but not religious”. I had a year from September 2020 to write it – what could possibly go wrong…?

Gladstone’s Library closed in March 2020 due to the pandemic and did not reopen until 1 September 2021, the day after my dissertation was due in. Fortunately, I had made notes on the sample of letters I had looked at in my initial visit, and I was able to supplement this from published sources such as letters to the Radio Times and The Listener. Nevertheless, the focus of the dissertation shifted, and I looked in more depth at the decline of British churchgoing and belief since the time of Sea of Faith, and at whether people really are still “spiritual but not religious”.

The churchgoing figures are stark, particularly among the young. In 1980 895,000 15-29 year olds were in church on an average Sunday; by 2010 that figure was 331,600. While black majority Pentecostal churches are growing, that does not make up for the 50% fall in Church of England attendance since 1980, a fall that may be flattening out but shows no sign of reversing (Brierley 2020).

The message of Sea of Faith had been that old ways of believing, where the focus was on a set of dogmatic beliefs in the supernatural, were ebbing away. In their place Cupitt argued for a human-centred faith and a personal quest to make Christianity (or any other faith) work for us. For those who wrote positively to Cupitt this was a burden lifted, giving them permission to abandon the supernatural beliefs that they no longer found meaningful. That, however, was not the path the British church, and particularly the Church of England, took. Instead it fought a series of internal battles over women’s ministry and sexuality that reassured the older traditionalists but alienated many others.

Ultimately Sea of Faith was a blip, the road not taken. But for my own exploration it was pivotal, because in researching it I became convinced that Cupitt was right in taking a non-realist view of religion. Although it is obviously true that people follow religious practices and hold religious beliefs, these do not have any real transcendent referent, they are socially and psychologically created.

I do, however, as one of his correspondents put it, “believe in believing in God”. Evolutionary biology has advanced greatly since the 1980s, and shows that religious modes of thought, with their mix of symbolism, myth and ritual, seem to be essential to a full human life. The challenge, then, for me is how to live out an authentically Christian faith while not believing that there is a “real” God: as always, the end of one road is the start of another.