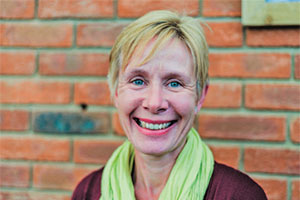 Called to the Countryside

Home News Called to the Countryside

“I feel excited to be training specifically for rural ministry.”

Sharon Boyle started training for ordination in September. She’s breaking new ground as one of the first people on a new Rural Training Pathway at Sarum College, which is supported by the Diocese of Salisbury.

“I was brought up in a churchgoing family in Bournemouth, and was confirmed at All Saints’, Southbourne. Aged 14, however, I went off the rails in many ways and dropped out!

“By 1994, I was a paediatric nurse in Southampton. I kept seeing adverts recruiting people to work with children with HIV in Romania. I eventually put my name forward. As the post was with a Christian charity, I went to church before I went – the first time in years!

“My roommate in Romania, Sally, still a close friend, introduced me to Bible studies, and there was worship at the hospice. Most of all, the children brought me back to God. They were so sick, yet full of faith and trust in Jesus.

“After I met my husband, we settled in Dorset in 1999. We first worshipped at St John’s, Wimborne, then moved to St Michael’s, Colehill, as it’s our parish church. Also, the liturgical tradition there was like coming home for me.

“Since 2010, I’ve been working for Pramacare, a Christian charity which provides home care to elderly people. Our clients are mostly isolated and vulnerable, not least in rural areas.

“I work as a trainer now, and love enabling people to do things they’ve never done. Especially in rural ministry, a priest must be an enabler of lay people.

“When I started discerning a call to ordination, that need for community in the countryside switched me on to the idea of rural ministry. With state social care being cut, the Church has a particular role. Another big task for the Church is bringing the generations together in a divided society.”

Find out more about the unique Rural Training Pathway at Sarum College here and about training for ordained and lay ministry at Sarum more generally here.

This article featured in the Diocese of Salisbury’s newsletter, Grapevine. Reproduced with kind permission.