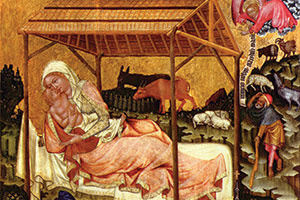 For those of you who missed this terrific article on the biblical proportions and visual perspectives of Salisbury Cathedral, it’s reprinted below, with Sophie Hacker’s Sacred Geometry course in mind.

The shelves in Salisbury reference library devoted to the cathedral contain many works of interest, not least a 2003 publication by John Wilkinson entitled ‘Salisbury Cathedral’s Secrets’. This is centred on the premise that numerous detailed elements within the cathedral’s ground plan are derived from systems of proportions contained within the Temple in Jerusalem, and other places and artefacts sacred to Judaism, generating a building which is, in a far more specific way than most of us would realise, a ‘statement about religion’. Adherence to this ‘secret formula’ is so rigid that ‘the cathedral’s lengths and rectangles vary by only two ten thousandths from the biblical proportions’.

This is extremely interesting, even if the author is venturing into arcane areas where not all readers may be willing to follow. This system has of course to be calculated from very precise and painstaking study of the building’s layout, rather than it being something which can be read from the visible structure. There is however another very simple but varying proportion, outside Mr Wilkinson’s remit, which is immediately apparent, and which has a stunning effect on the way we perceive the cathedral.

Simple pythagorean geometry tells us that the diagonal of a square is greater than the side by a factor of the square root of 2, which to three decimal places is 1.414. Lop the corners off the square and form an octagon, and the variation becomes much less. The dimension from corner to opposite corner is greater than that from side to opposite side by a factor of under 1.1. The cathedral’s tower and spire ensemble is of course an octagon sitting on a square, with a transition achieved internally and structurally by four squinch arches (at the level known as Eight Doors) and filled in externally with pinnacles. Thus we have a spire whose width, depending which direction we view it from, varies by less than 10%, while that of the tower below can vary by over 40%.

There is far more than just abstruse mathematics to all this. The practical effect is that viewed from northeast, northwest, southeast or southwest the tower appears much wider than the base of the spire, with the difference made up by pinnacles stepping back in from one to the other. Move round to one of the cardinal points and the spire’s width is virtually unchanged, while the tower becomes much narrower and the pinnacles virtually disappear as individual elements, merging to form a simple silhouette shape which melds spire to tower almost without being noticed. At any intermediate point between these two angles, the proportion and visual effect become different again.

Add in the varying perspective effects which derive from the distance of the viewer from the cathedral, or their height in relation to ground level in the Close, and the result is a structure of almost infinite visual subtlety, accentuated even more by differing weather conditions and angles of the sun, and the endlessly shifting shape of the main body of the cathedral below, as the viewpoint changes. Anyone who knows the building well will be aware of all this, even if they do not consciously think about it.

A first-time visitor may be more struck by it, by the whole series of differing buildings encountered – the tower and spire almost impossibly tall and slender over the low bulk of the rest of the building west from the A36 at Petersfinger, and around it little more than trees, no city apparent, or the brief glimpse northwards coming in from Harnham by the top of Ayleswade Road, that extraordinary vertical again, and this time the building below stretched eastwards and westwards in a long low horizontal of lead roof, most other features masked by trees or houses – the cathedral’s geometry at its most extreme. Move from there down to the Exeter Street roundabout, and the tower thickens, pinnacles unclench, the elegance remains but supplemented now by a growing strength and power. Further north up Exeter Street, and by the entrance to Bishop Wordsworth’s School the cardinal point proportions have returned, but the building is now so close that it begins to loom, the proximity of five thousand tons of stone pressing down on the crossing piers conferring an almost awesome authority that the more distant building only hints at.

Most singular of all, perhaps, is the cathedral from the northwest, coming in from Wilton. Nothing is seen until the approach to Skew Bridge, when the tower and spire alone appear, suddenly, disembodied, framed in a gap to the right of the bridge. On a summer’s evening, as the structure catches the western light, it can seem for an instant to float, ethereal and other-worldly, only to become barely visible once more as the road turns to the left and other buildings interpose themselves. In recent years this vision has been somewhat disrupted by a cycle path sign placed after the Skew Bridge rebuild of 2004, and by encroaching tree growth, a commentary on how fragile the city’s relationship with its dominant building can be. The effect is still worth looking out for, though.

The ever-changing relationship between tower and spire cannot necessarily be ascribed to a conscious choice by whatever medieval genius designed them – octagonal spires sitting on square towers are very much the norm. What that person can be credited with, however, is the decision to make the tower so much proportionally taller than we generally expect. Other cathedral spires – Chichester, Norwich, the triple at Lichfield – sit on squat towers which act as little more than plinths for them. At Salisbury, perhaps uniquely, the tower is tall enough to take equal billing with the spire. It is the ensemble that counts, one whose design, both in overall form and in the detail of its decoration, it is difficult not to describe as being as close to perfection as a building gets.

In 1995 the Civic Society tentatively suggested to the government that it might consider putting Cathedral and Close forward for World Heritage Site status. The answer that came back was that there wouldn’t be much point, since Unesco felt that it had enough in the way of Sites that were assemblages of historic buildings, and was looking at other types – hence, some years later, the Jurassic Coast. Fair enough, perhaps, but the rationale behind that suggestion remains intact. How one would rate the cathedral if it had remained with its original stumpy lantern tower is an interesting question, but not an important one. Once tower and spire had been added the cathedral became what it remains today, by any reasonable estimation a masterpiece of world art. It is inevitable that many, perhaps most people living close to it end up taking it for granted, and seldom really looking at it. It does no harm to remind ourselves, every now and then, what a stupendous building it actually is.

Reprinted, by kind permission of Richard Deane, from the September 2016 issue of the Salisbury Civic Society magazine