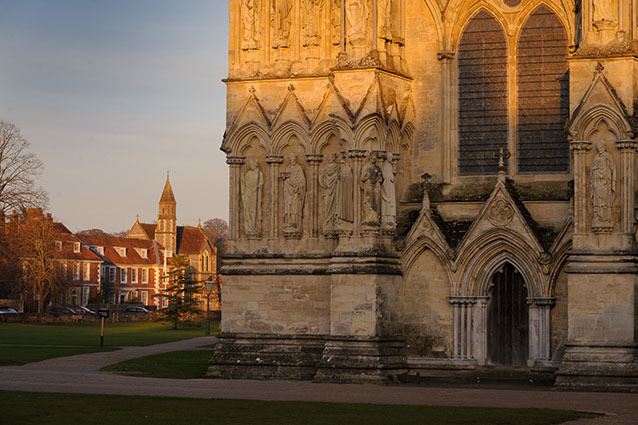 College precautions on the Coronavirus

Sarum College is taking steps to avoid the spread of the coronavirus by recommending students and guests follow government advice as follows.

The latest NHS advice recommends covering your mouth and nose with a tissue or your sleeve—rather than your hands—when you cough or sneeze and putting used tissues in the bin immediately. It also advises frequent hand washing with soap and water (at least 20 seconds), or hand sanitiser gel (at least 60% alcohol) if soap and water aren’t available, and avoiding close contact with people who are unwell. Handwashing is particularly important after taking public transport.

It advises against touching your eyes, nose or mouth if your hands are not clean. Clean and disinfect frequently touched objects and surfaces in the home and work environment. If you feel unwell, stay at home, do not attend work or school.

Public Health England advises those returning from the Hubei province of China in the last 14 days—or Iran, lockdown areas in northern Italy and specific zones in South Korea since 19 February—to stay indoors, avoid contact with others and call NHS 111 if you’re in England, even if they do not have symptoms.

The government has not issued any official advice on handshaking, although some doctors have suggested avoiding it.

Virologist Professor John Oxford from Queen Mary University told BBC Radio 4’s Today Programme: “What we need to do is less of the handshaking, hugging, kissing, that sort of thing, because this virus looks like its spread by ordinary tidal breathing, not necessarily colds and coughing.”

However, Public Health England, which is in charge of giving health advice to the public, has confirmed to us that no advice around shaking hands has been issued by the government.