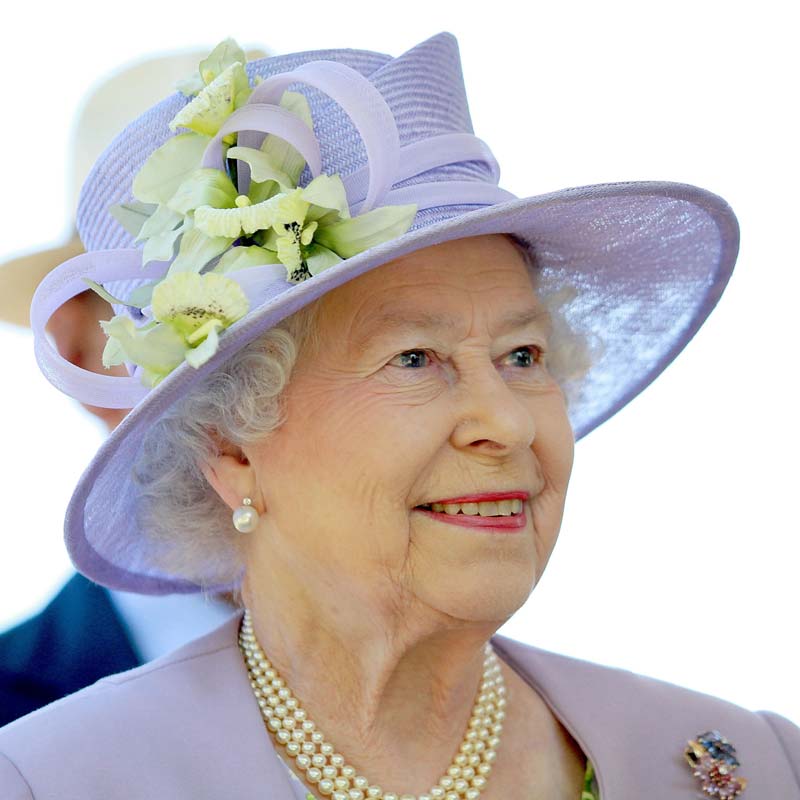 The Queen, Monarchy and Faith

I hope that you have all had an enjoyable, relaxing and memorable Jubilee holiday. Acknowledging that attitudes to the English monarchy wax and wane – I am guessing that even the most ardent of Republicans may have some measure of both affection and respect for Queen Elizabeth II.  So what does monarchy mean in our diverse, complex and contested modern Britain?

First there is its sacral nature which bears on the character of our Queen and her reign. She was anointed with oil and this was no mere formality to be got through in a long and arduous ceremony beamed to the world through the then-novelty of television. The Queen said this was most moving aspect and took her by surprise by taking her out of herself. Peace flooded her soul. She sees her life not as an accident of destiny but as a vocation given by God and this is manifested above all in her sense of duty and her clear-cut, if modestly expressed, faith.

Monarchy, some believe, is emblematic of wealth, materialism, class distinction, privilege and snobbery; it has no place in a democratic society. But monarchy in general has proved a realistic framework for liberal-democratic regimes and remains useful. Trivia and resentment sell newspapers, guarantee viewing figures and create the false impression that the nation is on familiar terms with the royal family. Yet few beyond the Queen’s immediate family and friends know what she is really like and thinks. Nobody outside can get close to her. Her life embodies good manners and the order they bring. Let none of us doubt her professionalism, the adaptability and groundedness of the monarchy and its good humour. Marmalade sandwiches anyone?

The religious dimension of the monarchy is seldom considered until it becomes apparent with unhesitating, but natural, frankness in the Queen’s annual Christmas broadcast. While bishops and church people in their garrulous discourses are ignored not a word of criticism is heard when the Queen asserts simply the central fact of the Christmas message. ‘God sent into the world a unique person – neither a philosopher nor a general, important though they are, but a Saviour with the power to forgive’ (2011). She urged the nation ‘to find room in our lives for the message of the angels and for the love of God through Christ out Lord’. For her, Christianity is as natural as breathing expressed in undemonstrative fidelity.

The Queen is loved as an ambassador for the United Kingdom, unfailing in duty, the guardian of the Commonwealth, and a radiant figurehead who has not put a foot wrong during her entire reign. As a titular head nobody has given so much stability to Britain during one of the most rapid periods of social, political, technological and economic change. Her life is governed by the principles of selfless duty and service; she commands international loyalty. Given the present standards of British political life we would be wise to see the value and meaning of monarchy.  At a time of national and international crisis it is worth reminding ourselves that the Queen costs the British taxpayer 60p a head per annum.  What she gives in return is inestimable. God Save the Queen and may we pray for her and our country as she prays for us. 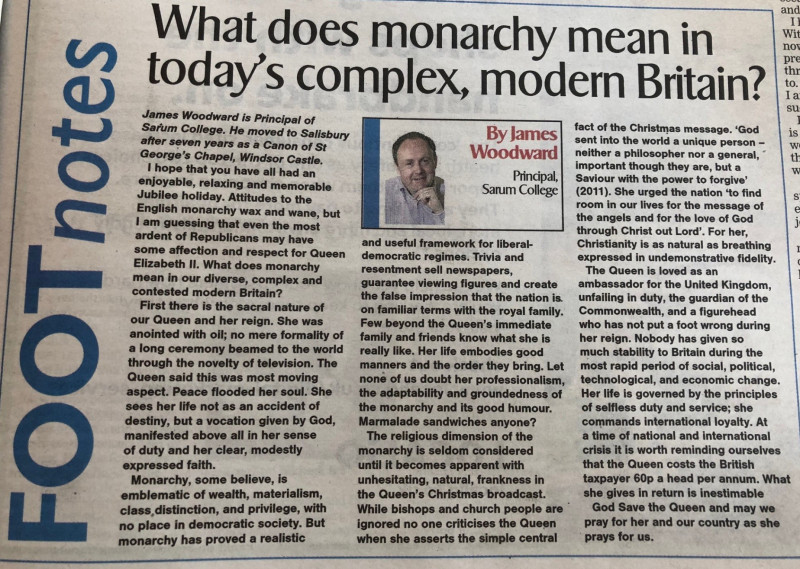 James Woodward is Principal of Sarum College. He moved to Salisbury after seven years as a Canon of St Georges Chapel, Windsor Castle.

A version (image at left) of this article appeared in the Salisbury Journal (9 June 2022).