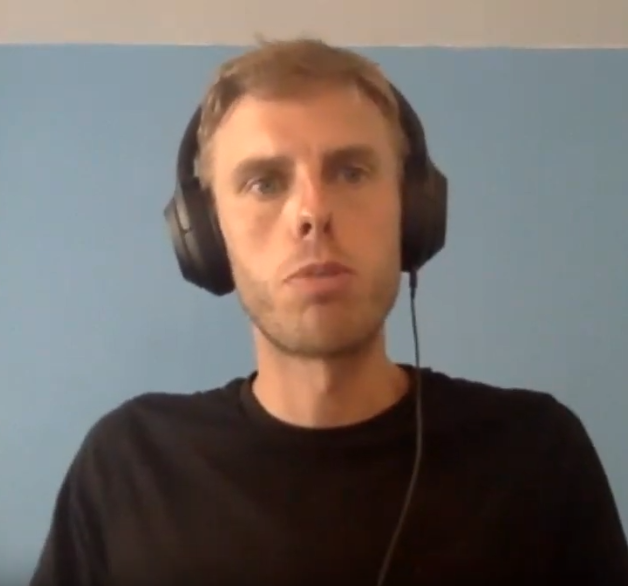 Words of Life and Death: Poetry and Culture in Crisis: Harry Baker

In times of crisis poetry speaks into matters of enduring concern, the great themes of life and death. At the same time poetry speaks directly into our current context where the use and abuse of words, miscommunication and incomprehension, can be a matter of life and death. In many spiritual traditions, words have power to bring life but also to pronounce death. These reflections by Dr Beth Dodd are drawn from a series of poetry readings hosted by the Oxford Centre for Religion and Culture in September 2020, in association with Sarum College, which talked about matters of life, death and poetry, exploring how words can bring life and hope to a fearful and divided world.

Harry Baker is by his own confession a ‘World Poetry Slam Champion and amateur butterfly-stroke swimmer’.* A long-established regular at the annual Greenbelt Festival, his 2019 Edinburgh Fringe Festival show had rave reviews and he is soon to resume his national tour, while his recent podcast series, Something Borrowed, has explored with friends and fellow poets how poetry can sustain people through difficult times.

Comedy, music and (often maths-related) wordplay have an important role in Harry Baker’s poetic style and during lockdown he has brought his particular brand of uplifting optimism to bear on the challenges facing our world. From a bedrock of pure joyful silliness such as a music video on the beauty of the German language emerge more poignant expressions of hope in the light of the frustrations, disappointments and griefs of the current time.

When this is Over speaks to the pain of physical distance from the ones that we love. Rather than dwelling on the present it looks forward to the time when we can come together again and give each other a big hug. There is no facile positivity in this poem but a fundamentally pragmatic realism: ‘When the future’s all we’ve got well that’s got to be enough’. The poem takes the unnatural feeling of separation to come to an insight about the interconnectedness between all people and the natural instinct to love: ‘When the heart is given space it will forever tend to tender’. The embrace that is longed for will not erase the separation of the past but forge a new way of being and loving.

“One of the great challenges for the lyric poet is

how to speak with sincerity without appearing facile or over-earnest.”

Written in preparation for the resumption of live performance, A Rescheduled Poem speaks to the frustration of plans put on hold, ambitions postponed, and the fear that when we finally get where we wanted it won’t be what we hoped for. The fact that this retrospective on the pandemic has been written in the midst of it reveals a confidence rooted in an affirmation of human grit, determination and ingenuity. Pathos is decorated with touches of humour that don’t just lighten the mood but provide a conduit for the deep joy that the poem taps into: ‘the joy of not doing it then/is that we get to do this now.’

One of the great challenges for the lyric poet is how to speak with sincerity without appearing facile or over-earnest. After all, the greatest lines in poetry often express things that everybody knows, but do not routinely articulate. It can be especially difficult for the poet speaking in the first-person ‘I’ or ‘we’ to avoid seeming self-important or dogmatic. Through the deft use of wordplay, inverted maxims and colloquialisms, the hip-hop rhymes and rhythms of Harry Baker’s poetry avoid becoming declamatory or overbearing, opening up a space that gives the audience permission to appreciate what is good in human nature, to revel in joy and to feel what it means to hope.

Dr Beth Dodd is Director of Studies, Centre for Formation in Ministry, and Lecturer in Doctrine and Theology, Arts and Culture at Sarum College. She convened the Words of Life and Death: Poetry and Culture in Crisis series on behalf of the Oxford Centre for Religion and Culture (OCRC) and in association with Sarum College.

Next month Dr Dodd will lead a study day to explore the role of poets as instructors in the art of prayer, not just as a set of words, but as an effective experience, a form of meditation and a wordless, bodily practice. Find out more