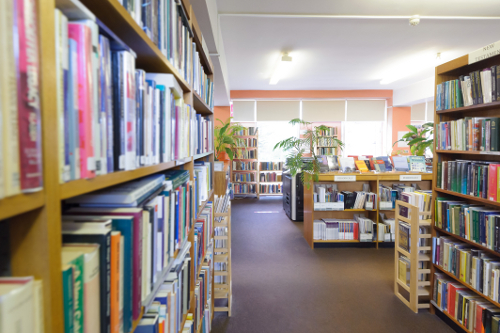 From the Stacks: 19th Century Controversies

From the Stacks delves into the Sarum College Library holdings to highlight some of the themes among the 40,000+ titles in the collection.

Much time and energy has been spent discussing how the Reformation changed the theology of the Church of England. Because of a variety of factors this debate was especially active during the 19th century when differing religious factions argued for the priority of their beliefs.

The Sarum College Library is particularly rich as a source of primary and secondary sources for those who wish to explore this subject in more depth.

Prior to the 19th century, the great institutions of Britain were parliament and the great universities were Oxford and Cambridge. Membership of parliament was restricted to those who were part of the Established Church. Things were similar at the University of Oxford which acted as the principal seminary for the church.

Then in the early years of the 19th century, this Church of England monopoly started to be broken. The repeal of the Test and Corporation Acts of 1828 allowed non-Conformists to enter Parliament and the Roman Catholic Relief Act of 1829 did much the same for members of that religious group, leaving just the Jews excluded. The Representation of the People Act of 1832 changed the electorate and redistributed constituencies, and in the process enfranchised significant numbers of the growing middle classes,  many of whom were not particularly religious. Suddenly the Church of England – the Established Church – had lost its assurance of Parliamentary protection and this led to an environment of self-examination.

Running parallel, and perhaps mostly responsible for the parliamentary changes, was the process of industrialisation. This had started in the cotton industry in northwest England in the mid 1700s as machines started to replace human craft labour. The development spread quickly to other parts of Britain and to other industries. The population started to grow rapidly, as did affluence, though ironically so did the number of poor. There was a population shift from the countryside into the new industrial centres and with it the growth of urban living along with the horrors of inadequate housing, poor sanitation and low life expectancy. This caused further self-examination.

Especially active in the religious self-examination were a group of academics from Oxford who started what became known as the Oxford Movement. Its supporters were known as Puseyites (after Edward Pusey, a young Oxford fellow and member of this group) or Tractarians (because of the Tracts that they produced). Through a series of Tracts and other publications the Oxford Movement attempted to redefine the heritage of the Church of England with a shift in emphasis away from Reformed ideas and a renewed emphasis on the church’s foundation, its Christian antiquity and its apostolicity. In addition to the Tracts they also published The Library of the Fathers and the Library of Anglo-Catholic Theology which attempted to define Anglicanism in relation to its past and to stress its continued catholicity. Meanwhile those with more Reformed ideas published a different view which lay greater stress on the Reformation and of links with the protestant churches of continental Europe.

Mark Chapman argues that there were ‘different versions of the Church of England on offer in the nineteenth century.’ One of these views was that the Church of England should be seen as a descendant of the early church that laid emphasis on continuity and the doctrines and beliefs that existed before the schisms and divisions that had split it into separate sects. This despite the existence of the Prayer Book and the Thirty-nine articles that evidenced some form of change which was a reflection, at least in part, of the Reformed ideas which were adopted on the continent. Even where the Reformation was accepted as a past reality, it was often portrayed as a necessary evil that was required in order to resolve some of the worst excesses of the Roman church, but not as something that rejected the past beliefs and traditions. The Martyrs’ Memorial in Oxford stands as a reminder that there were those who did not share these views and who, according to Chapman, believed that ‘the Tractarians were little less than fifth columnists seeking to remove the inheritance of the sixteenth century.’

Within this process of re-evaluation there were moments when the differences between what became known as the “High” and “Low” church factions, and these differences in opinion often created high-profile incidents. One such incident was what became known as the Gorham Judgment where a Judicial Committee of the Privy Council overturned the decision by the Bishop Phillpotts of Exeter not to institute the Rev. George Gorham to the parish of Bampford Speke because the bishop held his views on baptism to be unorthodox.

Gorham was born at St Neots, educated at Cambridge and ordained in 1811 despite unease by the Bishop of Ely about his views on baptism. In 1846 he was instituted as vicar of St Just in Penwith. Then in 1847 Gorham was recommended for appointment to the parish of Bampford Speke that is just a few miles north of Exeter. During a pre-appointment examination by the bishop it became clear that Gorham’s beliefs on baptism were contrary to those of the bishop who declared them to be Calvinist.

The essence of the difference between Phillpots and Gorham was whether the grace of regeneration was granted in baptism and whether for baptism to be effective the consent of the person being baptised was needed. Was it the solemn voluntary act of a mature person or could it also be effective if it were the baptism of a child who was unable to express any choice in the matter? The bishop held that consent was not needed for the sacrament to be effective whereas Gorham held that it was, and so only adult baptism was appropriate. The matter was further complicated by the relationship between baptism and predestination and the writings of Paul.

Having been rejected by the bishop, Gorham appealed to the ecclesiastical Court of Arches, which rejected his appeal and awarded costs against him. He then appealed to the Judicial Committee of the Privy Council, and after much debate, on 9 March 1850, the court, by a split decision, reversed the Court of Arches ruling, and granted Gorham his institution.

There was anger that a civil court had rules on a church matter and much debate about the rights and wrongs of its judgment. The more reformed part of the church felt relief, while the more catholic element felt the church had moves too far towards Protestantism, and a number of senior churchmen joined the Roman Catholic church.

The library of Sarum College is particularly rich in material on the distinctiveness of the Church of England and on the 19th century controversies.

There are also many more recently published books on the general subject of Anglican theology, including

(Note: This is a reprint of a 2013 article by John Elliott in his series about the Sarum College Library Collection, From the Stacks)