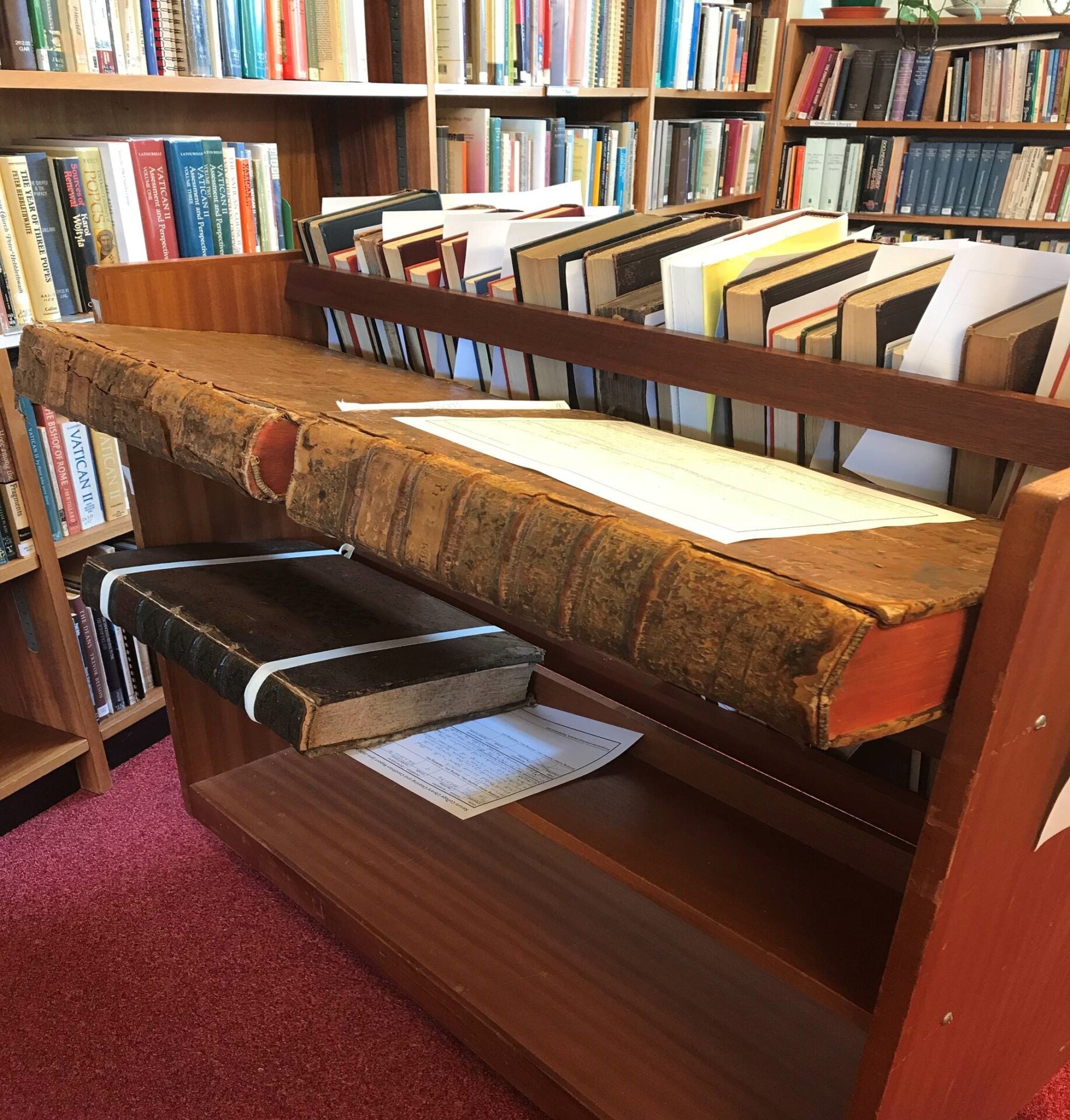 Is it possible to be just a little bit dumbstruck?

I stared at a large leather bound volume. The leather was brittle and flaking, the front and back boards of compressed paper, were delaminating at all corners. The back board was only connected to the spine by the neat stitching that held the text block together in six raised bands. To preserve it from further fragmentation it was held together with tapes.
The book, of scholarly Latin texts, conjured images of seventeenth century academics in reverent study. The text block was in relatively fair condition, yet had obviously been much used. The title page, printed in red and black ink was typical of several volumes we had already worked with. They had been printed in Paris or Venice, the authors and printers being fully acknowledged. Where they had been bound was undocumented and beyond our current expertise to devine.

This particular volume was missing a portion of the front page, the lower part where the typography and the printing company are honourably mentioned. The thing that had rendered me speechless was the contemplation of (ancient) handwritten additions to the title.
I’d always imagined that these historic books were held in such esteem, were regarded as so precious, that no contemporary would ever dream of such an act of vandalism.
As I contemplated the words, hand written and neatly placed each side of the printed title, it did occur to me that the calligrapher might just have been so familiar with handwritten manuscripts that making his own addition, of the information he considered so vital, had seemed a logical deed. Certainly it was a more practical, affordable way to correct the title, but how many had been printed?
Who had made these additions? Who were they for?
Who had had access to printed words? To books?

Our training and my own personal veneration for print – for engraving, etching, lithography on stones and early typography – had completely coloured my thoughts on those early books. Contemplating these handwritten additions had temporarily deprived me of expression.
Could the contemporary comparison of a printed volume like this to a handwritten one have been similar to my comparing a cheap mass produced paperback to a limited edition hardback? Or to comparing a digital text to an actual hold-in-the-hand book? There is still such a lot to learn.

Lunchtime comes around amazingly fast.
The morning’s work has taken me right out of the stresses in my own life, provided me with wider horizons and very interesting company.
I’m just so glad to be involved with this library project.